The Korean Airline(KE) said that, as companies shift production bases to Southeast Asia, the demand for airfreight capacity on the BKK and MNL routes has been increasingly high.

The airline said that, as companies shift production bases to Southeast Asia, the demand for airfreight capacity on the BKK and MNL routes has been increasingly high. The new flights will transport products such as IT devices, automobile parts and computer hard disks.

Separately, Korean Air(KE, Air Cargo Tracking System) recently boosted its South American freighter flight from two to three frequencies a week. The flight is operated by a 777F, which flies from ICN to Anchorage (ANC), Miami (MIA ), Sao Paulo (VCP) and Santiago (SCL), before returning to ICN via Lima (LIM) and Los Angeles (LAX). The outbound flight from ICN carries mostly manufactured goods such as mobile phone parts and automobiles. During the transit in MIA, electronic parts destined for Brazil and aircraft engines are loaded, while the return flight transports fresh cargo from Chile and Peru such as salmon, cherries, asparagus, mangoes and blueberries.

In the face of worsening global economic conditions, Korean Air has been turning to new markets for growth. The airline said that it will focus on exploring overseas cargo demands with more fifth-freedom flying that would make it less dependent on traffic into and out of South Korea. 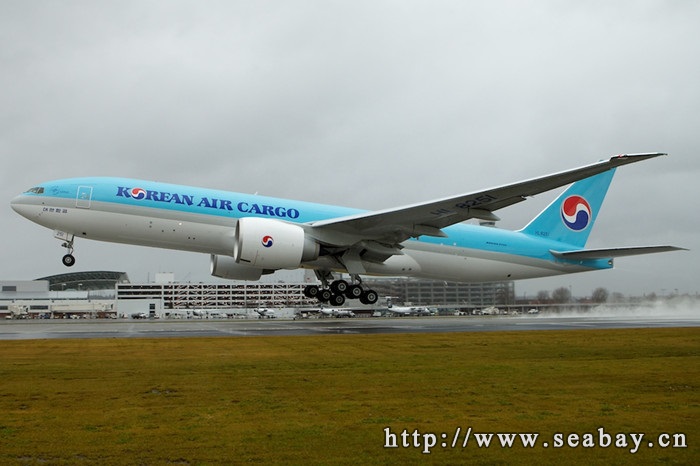 In May 2019, the carrier launched a freighter route between ICN and Hanoi (HAN) via Xi’an (XIY), and increased the frequency of its ICN – HAN – Delhi (DEL) – Vienna (VIE) – Milan (MXP) freighter flight from three to four times weekly. With these flights, Korean Air helps transport electronic devices from China to Vietnam, mobile phones from Vietnam to India, and garments from Vietnam to Europe.

Apart from the trade conflict between the U.S. and China, Korean Air has also had to adjust its network to reflect decreased demand due to the recent tensions between South Korea and Japan.

Please login WeChat on your mobile and scan below QR Code to find us.(You will have to download WeChat Apps on your mobile first if you don't have this application.)

Sorry, we don't like interrupting like this, but we have to do it to stay out of trouble ☹